Researching the Cause of SIDS.

Mattress-wrapping has prevented SIDS successfully since 1996 [1]. In New Zealand there have been no SIDS deaths on a BabeSafe® properly wrapped mattress since its inception in 1996 [1].

With the success of mattress-wrapping, the theory therefore must hold certain provable keys to the truth. We are reading the literature to see if the Richardson Hypothesis can provide any insight not particularly evident to the traditional researcher.

A few Items for those seeking SIDS prevention for their baby:

We receive no financial compensation for making referrals, just the satisfaction we are protecting babies from SIDS.

Our Mattress-Wrapping Details page shares about the mattress-wrapping method to prevent SIDS.

What we found true about SIDS:

This sounds like double talk doesn’t it. First SIDS can be prevented and then there is not a scientifically proven method to prevent SIDS. In practice, SIDS has been prevented with the mattress-wrapping method. There was only initial research on the Hypothesis done in the 1990’s. But there have never been any generally accepted peer-review studies done, showing the cause of SIDS.

It is our goal to have a cause-of-SIDS manuscript accepted through the peer-review process, with multiple rationale and a postulate for an evidence-based study to support the cause. In the past there was only one round of academic point/counterpoint between mattress-wrapping researchers [2,3] and the medical community researchers [5]. This manuscript presents a different aspect to consider, yet still in light of the Richardson Hypothesis.

In the meantime, we recommend parents and grandparents take into consideration the following SIDS research-based risk factors AND practice mattress-wrapping, both shown to work against SIDS. Print them out from the sidebar printer-icon and check off those risk factors that apply to you. (Odds Ratio = OR)

( _ ) Babies of African American [13,14] and Native-American [15] families are affected more than other races in the USA

It means that SIDS can likely occur if all three of these exist together:

1. The elements phosphorous (P), arsenic (As), and/or antimony (Sb) are present in the baby’s sleeping environment;

2. The common household fungus is present; and

3. Then there is an increase in temperature, from body heat or from other heat sources.

These three simultaneous conditions cause the fungus to grow, metabolizing compounds containing the elements, to create nerve gases, that stop the baby's respiratory and cardiac function, to make SIDS occur.

Especially important for prevention is keeping the chemical elements P, As, and Sb – in mattresses and bedding – away from your baby and minimizing sources of body heat.

Sleep your baby in a wrapped: bassinet, co-sleeper, Pack ‘N Play (or other playpen) or crib. Never sleep your baby on a sofa, couch or recliner (up to 66.9x the risk) [6].

The standard SIDS precautions in the list above are still valid and apply to reducing SIDS. You must sleep your baby Alone, on their Back, and in a Crib, in a sleeping situation designed specifically for babies. But it also should be wrapped with a BabeSafe® mattress cover. Use a firm mattress and no soft bedding.

The Richardson Hypothesis can be laid over the traditional research findings on SIDS, that have been discovered over the years, to realize that the Triple-Risk Model of SIDS [33] has validity even with toxic gases as part of the cause of SIDS.

The key to mattress-wrapping is to use a BabeSafe® mattress cover over your baby’s mattress and only 100% pure cotton bedding, with no padding or quilting. 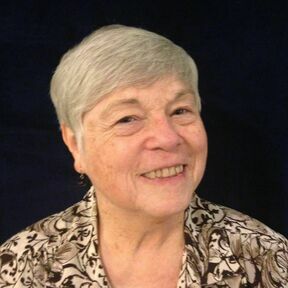 He graduated from Hope College in Holland, MI with a double major in German and Chemistry. He held different jobs for a while but settled in at an analytical food testing laboratory for 7 years. Because he wanted to improve himself in the field of Chemistry, he went to graduate school at the age of 48 and earned his Masters in Chemistry. His focus areas were Organic Chemistry, Toxicology and Analytical Chemistry, at Western Michigan University. He wrote his thesis on DNA mutations, smoking and bladder cancer. He belongs to the Honor Society of Phi Kappa Phi.

Paul took over our infant BabeSafe® mattress cover business as Volunteer Manager in January 2013. Up until then he was helping me with the website and keeping things straight. We stopped sales of BabeSafe® covers on November 1st, 2018.

I look forward to how Paul will continue supporting mattress-wrapping through this website and with SIDS prevention research by the cooperation with other SIDS researchers.